A look at the underlying data provides additional context on declining productivity. Total output rose +1.5% compared to the same quarter a year ago, while hours worked rose a bigger +4.1% year-over-year. The data indicates workers produced more goods and services less efficiently. Why is productivity declining? One potential explanation is pandemic-related themes, such as remote work and inflation, make the process of measuring productivity more difficult and distort the data.

Thematic changes may also explain the productivity decline. The labor market experienced significant turnover during the pandemic, and it takes time for workers to learn new jobs. As an example, Delta’s CEO pointed to labor turnover as a cause of the airline’s recent operational issues: “Since the start of 2021, we’ve hired 18,000 new employees, and our active head count is at 95% of 2019 levels, despite only restoring less than 85% of our capacity. The chief issue we’re working through is not hiring, but of training and experience bubble.”

In addition, capacity constraints may also be weighing on productivity. The capacity utilization rate, which measures the amount of potential output that is actually being realized, was 80% during June 2022. The peak utilization rate over the past 20 years was ~81%, suggesting businesses may be running up against the limit of how much capacity they can use efficiently.

The combination of declining productivity and rising compensation costs is a notable trend, and it remains to be seen whether it is a short-term phenomenon or start of a longer-term trend. One trend we will be monitoring in coming quarters is whether decreased efficiency and rising labor costs negatively impact profit margins. 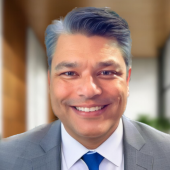 Is International Finally Ready to Shine?